Dianna Williams, also known as Miss D, is the studio owner, director and choreographer of the Dancing Dolls, a dance team from Jackson, Mississippi.

Dianna Williams was born on December 1, 1978 in Jackson, Mississippi. She started dancing at the age of 4 at the Angie Luke School of Dance. She is experienced in Ballet, Ballet Point, Beginner and Advanced Jazz, Modern Dacne, Belly Dance and Beginner and Advanced Tap. She has been a member of numerous dance teams over her dance career.: Eye of the Tiger Drill Team (1982-88), Dancing Dolls Drill Team (1989-91), and Captain of the California State Dominguez Hills University Cheerleading Squad (1997-98).At the age of 19, Dianna was an adult film actress. However, she later left that industry to pursue her career in dance.

In May 2005, Dianna graduated from Jackson State University with a Bachelor of Science degree in Criminal Justice.

On August 20, 2001, Dianna formed the Dancing Dolls Dance Team at the Pied Piper Playhouse. On August 23, 2010, she founded the studio, Dollhouse Dance Factory, which enrolled 23 students in its first semester. She currently has 101 students enrolled.

On February 1, 2009, Dianna married Robert Williams. They have a son together called Cobe. She is also the step-mother to Aja and Jayda Williams, Robert's daughters from his previous marriage.

In 2015, Dianna was honoured by the City of Jackson and the City of Boston. She became the spokesperson for 'Creme of Nature Beauty' products in 2015. She became the President of Dianna Williams Incorporated in 2015, an umbrella of entertainment and instructional ventures. She leads numerous majorette training camps every year and moved to Atlanta, Georgia to oversee the Dollhouse there in 2017.

On December 11, 2021, the City of Monroe, Louisiana named that day 'Buck or Die National Holiday Showdown in Monroe, LA Day'. 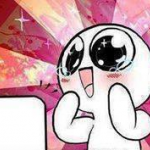